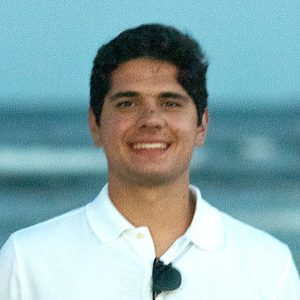 Survivorship is not only the way one gets through their cancer, but also the way they help others get through theirs.

As I slowly gained consciousness from the terrible sleep I had gotten the night before, I glanced at my phone: July 31, 2018. The scratchy blankets and vital checks every four hours were not the only things that interrupted my sleep. After an entire summer of constant testing, my diagnosis would be coming soon and the anxiety was endless. With my mom at my side, we ordered breakfast and continued to wait. I wanted to stay calm, but with every passing second, my apprehension grew. My mind raced, yet always circled back to the same unrelenting enigma: What is wrong with me?

Finally, the doctor entered and solved the mystery, diagnosing me with Hodgkin’s disease. Initially, I wasn’t too worried, naively thinking that a “disease” meant something easily treatable. However, that was until he spoke the word cancer. For every sentence the doctor said surrounding my treatment, another aspect of my life was vaporized: no more marching band, no more soccer, no more biking, no more running, no more socializing. My normal life would be hijacked, replaced with the demands of five surgeries and poison regularly pumped into my veins. I was unable to process the enormity of it all, and after the doctor left, tears which haven’t been seen since I was a small child began to form. It was at this moment that I realized how much of a tragedy cancer truly was.

Treatment was even worse than I had imagined. l gained 50 lbs, took 10 pills a day, got excruciating headaches, woke up at 3am every morning and constantly had terrible pains in my back and legs. Through the support of my family and the entire community around me however, the physical pain was manageable. With such a loving family and supportive friends, I was able to distract myself from the pain that I felt. However, the mental pain still persisted as having no one to empathize with and constantly feeling alone with my thoughts were additional blows to my emotional health. To solve this, I turned to music. Anytime I was feeling lonely, playing the piano became my sanctuary; after 5 months of treatment, I understood the power of music and how much I could help others with the mental pain that comes with cancer.

When I qualified for Make-A-Wish, without hesitation, I requested a grand piano. Their leadership team sensed my passion and asked me to perform at their 35th Anniversary Gala. After getting a standing ovation for my rendition of Moonlight Sonata Movement 3, the host announced that the piano that I performed on was mine to keep. Make-A-Wish raised $600,000 that night, enabling them to grant wishes to 80 critically ill children.

That occasion paved the way to other charitable activities. During the pandemic, I shared my story and played the piano for a CBS news virtual concert. I also spoke and performed at a Relay For Life fundraiser. In addition, I became the Vice President of the Make-a-Wish club at school.

Through all of my experiences, I have learned that survivorship is not just a title, but also a call to action. Becoming part of the “elite group” of cancer survivors, as my dad would say, is an instant bond that has been created between me and other cancer patients. I strive to use my music and my story to inspire others at any chance that I get. I have the power to be the sanctuary for someone else, just as music was a sanctuary for me. Survivorship is not only the way one gets through their cancer, but also the way they help others get through theirs. There is an immense amount of maturity and wisdom that comes with conquering such an obstacle, and it is this power that has the potential to change the world for the better.