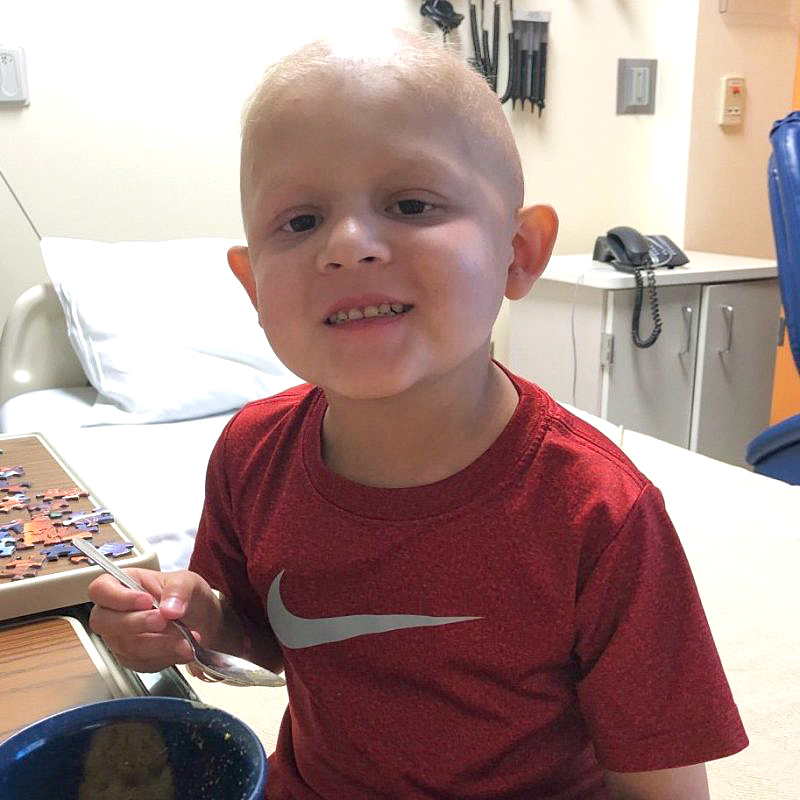 “We are very thankful for the continued support we have received from the NCCS throughout treatment. Travel expenses added up and with our family’s income cut in half, it’s such a relief to have support,” said Crystal.

Little Eli was just shy of 2 years-old when the unimaginable happened. When a strange red mark suddenly appeared on their son’s face, Eli’s parents, Crystal and Orlando, immediately took him to the pediatrician. Their doctor agreed the mark was abnormal and ordered tests. They were stunned when the results revealed he was battling acute lymphoblastic leukemia. For three and a half long years, Eli endured grueling treatment that was hard on him and his family. Thankfully, shortly after his 5th birthday, he was declared cancer-free.

For the next 18 months, Eli enjoyed just being a kid. But that quickly ended when he suddenly developed frequent stomachaches and constant leg pain. Given his history, his parents immediately feared the worst. Even though their pediatrician did not believe his cancer was back, she ran another blood test just to be sure. Unfortunately, the test showed Eli’s cancer was back. “Knowing what Eli would have to endure a second time in his short life was, and still is, devastating for our entire family,” said Crystal.

That night, Eli was admitted to the hospital and his oncology team sat down with his parents to discuss their son’s two-year treatment plan, which was going to be more aggressive on Eli’s already fragile body. The plan included a clinical trial and over one hundred appointments – at two different hospitals; each between one and three hours away.

Crystal and Orlando were completely overwhelmed. Crystal quit her job to stay by Eli’s side at the hospital while Orlando continued working to support their family of six and maintain insurance. Eli’s parents were struggling financially to get their son to treatment and shared their concern to the hospital social worker. She immediately referred them to the NCCS, where a case manager was waiting to help them. Eli’s family received travel assistance so they could get Eli to every appointment, no matter the distance. They also received meal assistance through our Emergency Assistance Fund.

“We are very thankful for the continued support we have received from the NCCS throughout treatment. Travel expenses added up and with our family’s income cut in half, it’s such a relief to have support,” said Crystal.

If you would like to help Eli and other children battling cancer, donate today!
View other stories similar to this one