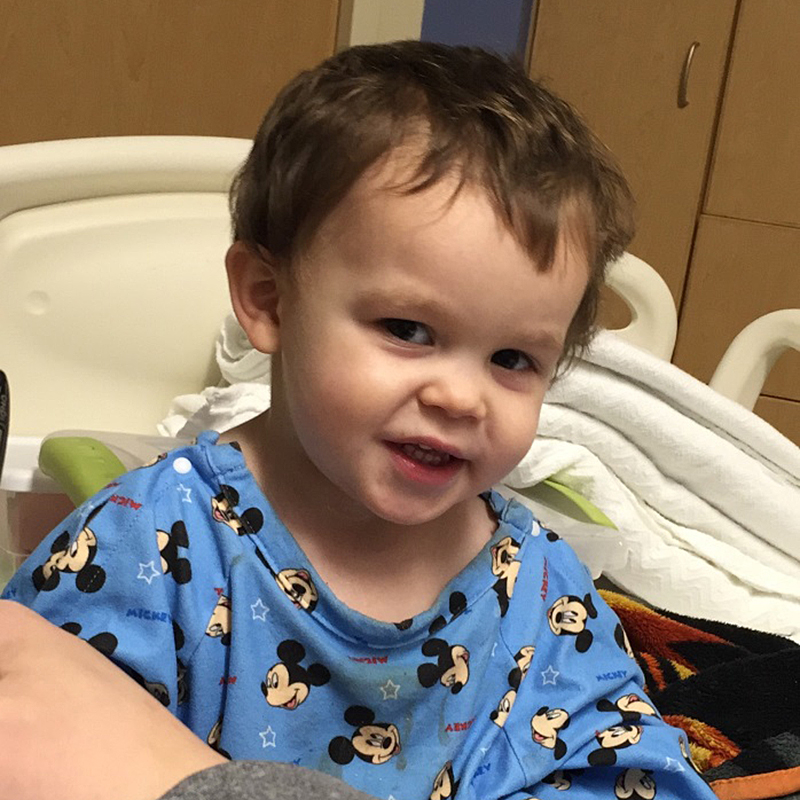 "The diagnosis took everyone by complete surprise, even the doctors," - Teddy's mom

Teddy and his family went in for his regularly scheduled two year checkup, when out of the blue, his test results showed his hemoglobin and white blood cell count were unusually low. Teddy was referred to another hospital two hours from their home where doctors continued to monitor his dropping blood levels for the next three weeks. They originally thought he had a condition known as Transient Erythroblastopenia of Childhood (TEC) – a slow development of anemia, usually characterized by an unhealthy pale appearance. They finally admitted him after his levels continued their roller coaster-like extremes. After blood transfusions and a bone marrow aspiration test, Teddy was diagnosed with leukemia. “The diagnosis took everyone by complete surprise, even the doctors,” shared Megan, Teddy’s mom.

Within days of his diagnosis, he had a port implanted, a lumbar puncture and a bone marrow aspiration. Emotionally, their family was shattered and then Megan began to notice that their finances were suffering as well. She learned about the NCCS through their hospital’s social worker and reached out. She says that “the NCCS has been so helpful” with mileage assistance since Teddy’s appointments are two hours away and he’s seen every week. Teddy’s chemotherapy has been very hard on his little body, but he’s able to get through treatment with optimism and a smile.

If you would like to help Teddy and other children battling cancer, donate today!
View other stories similar to this one